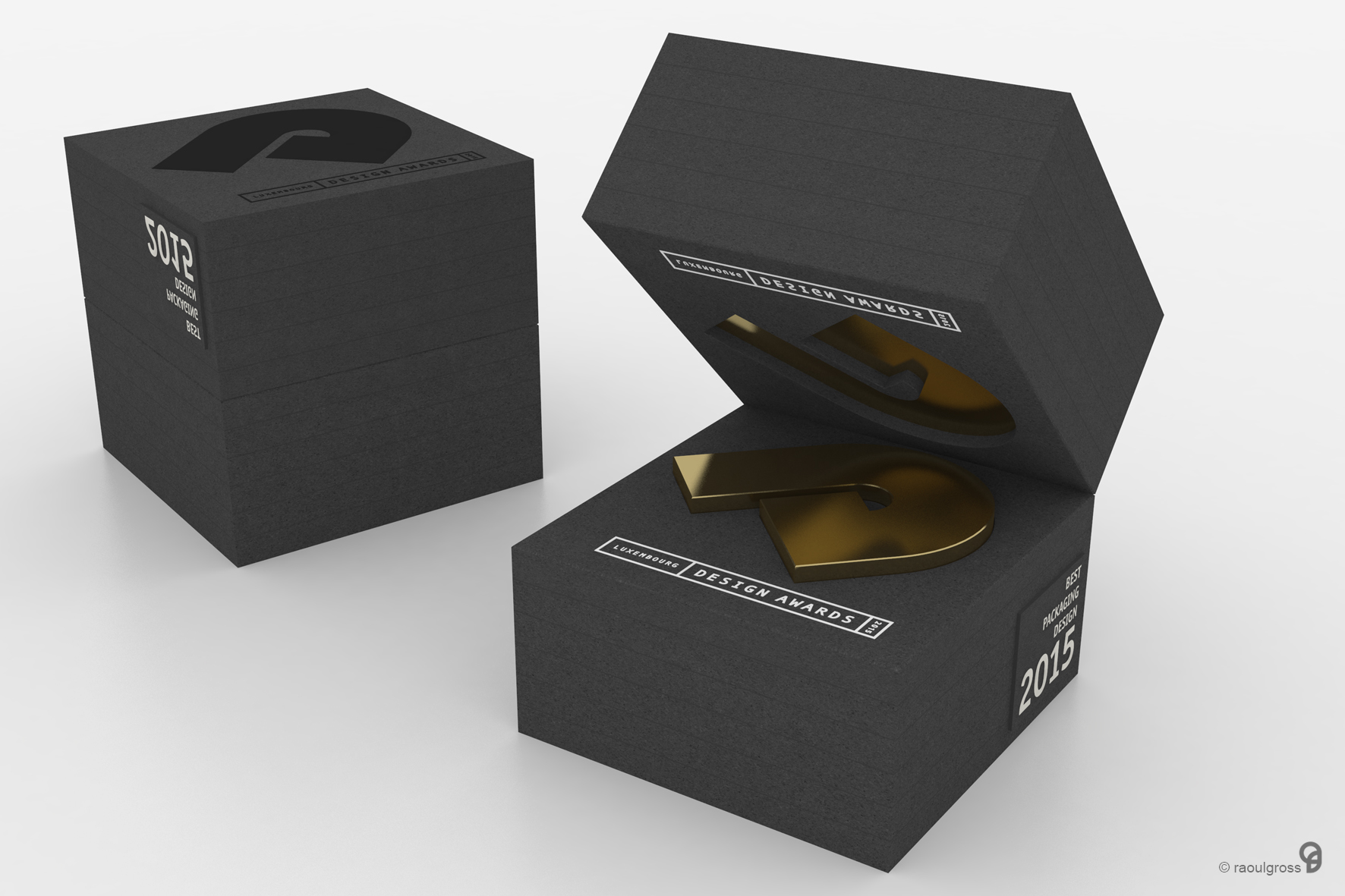 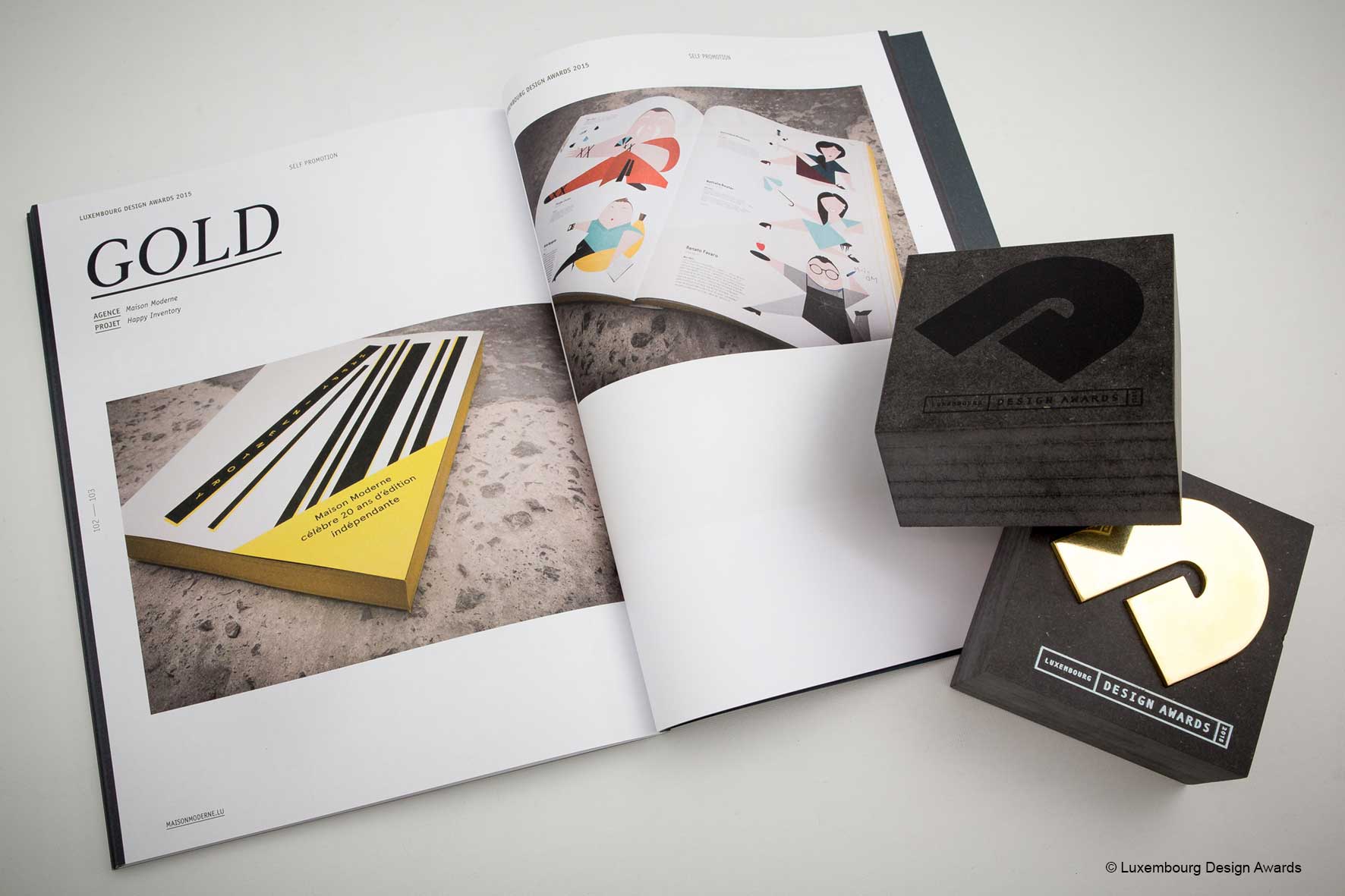 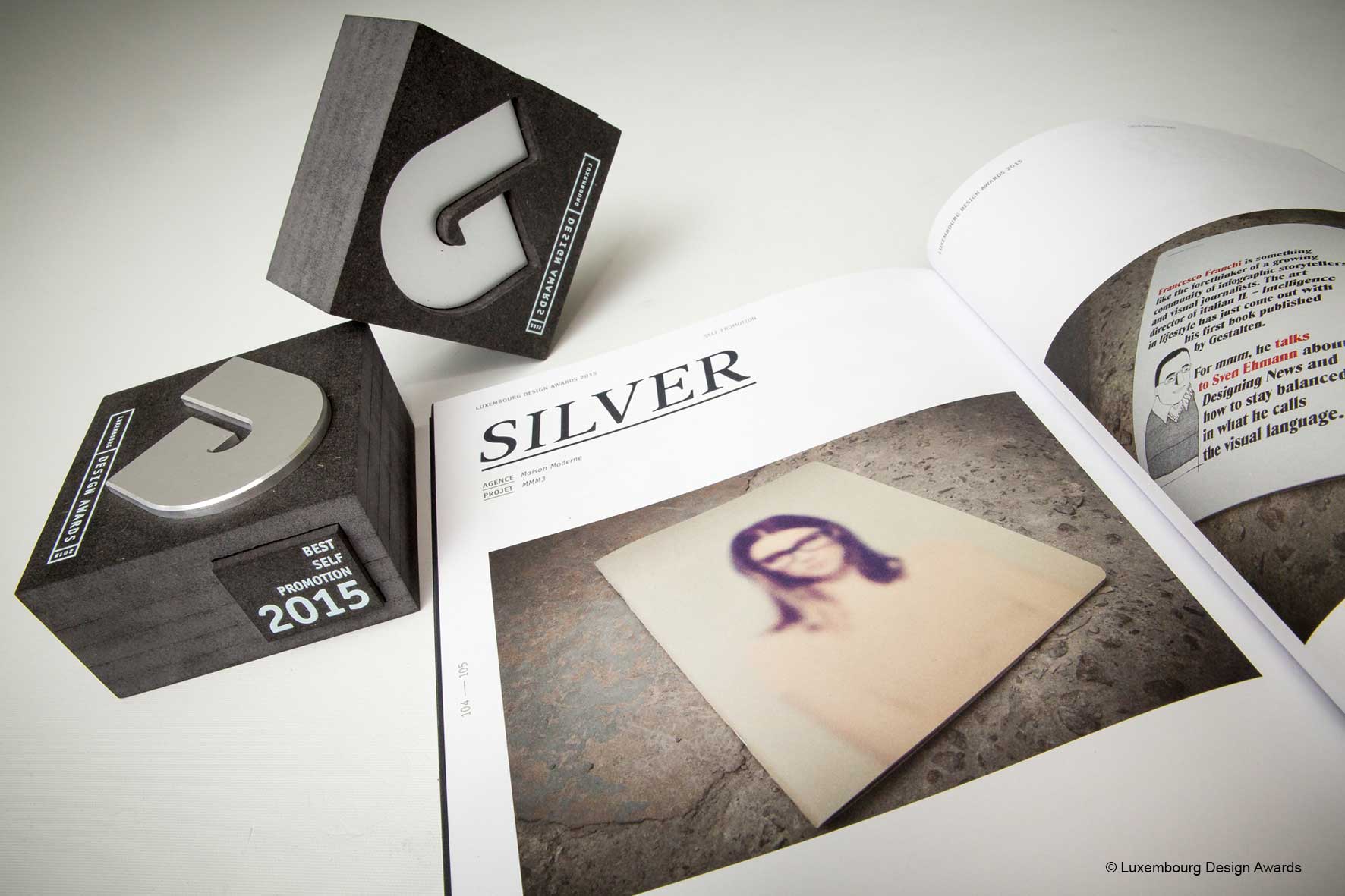 Presenting the trophy design for the Luxembourg Design Awards 2015. For the LDA 2017 the trophy color changed from dark grey to light grey.

It was a great honor when in early 2015 the Luxembourg Design Award’s committee challenged me to design a representative trophy for the first edition of the design contest.

The most important guideline given in the briefing was to highlight the professional relationship between the client and the designer.

Guided by this criterion, my idea was to create a trophy that would be small in size, but very valuable in its core. Hiding the LDA logo inside the trophy was a consecutive evolution of that initial thought. By revealing the golden or silver logo, the cube shape is divided into two mirrored parts representing each individual party, but in the meantime symbolizing its dependency. Furthermore, each half is built up from 6 layers, representing the original 12 categories from the 2015’s edition of the LDA. The fact that there is no bronze trophy next to the gold and silver versions underlines the idea of the two complementary sides.